In my previous article I described how one can use a differential equation to calculate the trajectory of the Earth around the Sun. But at the end it was quite tedious so I decided to use a computer instead. Because they are good at repeating things. One way to make a computer do the same things again and again is to use a loop. In the program below we will show how a for loop works: 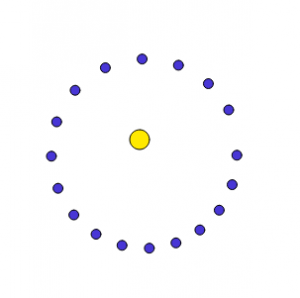 This video explains about the code above: